Update from everyone at Broomhill Vets

Hi everyone, we hope you and your pets are all keeping safe and happy. We just wanted to give you an update on what has been happening with us all. Anneke and Georgie have been working tirelessly at the practice along with Maddy, who  would usually be studying at Vet School. They are making sure that queries are answered, emergency cases are seen and that pre-ordered food and medication are ready for your pets. Anna is working behind the scenes answering queries and sorting orders as well. The rest of us - Athina, Vet Jess, Nurse Jess, Gemma, Charlotte, Helen, Rachael and Rachel are all missing you, your pets and each other. We are at home keeping busy, looking after ourselves, our pets and families. Here's a little selection of pictures of what we have been up to. 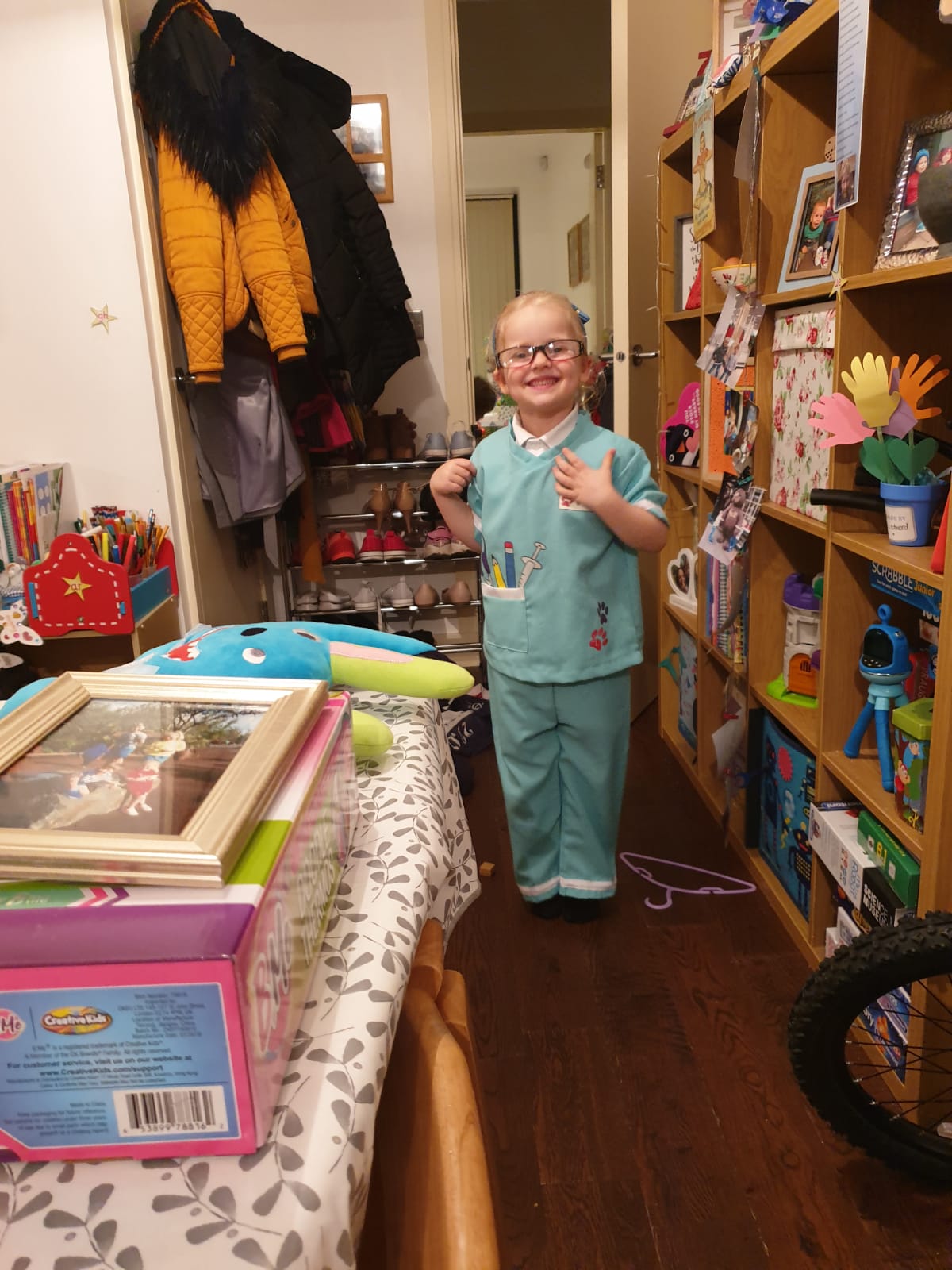 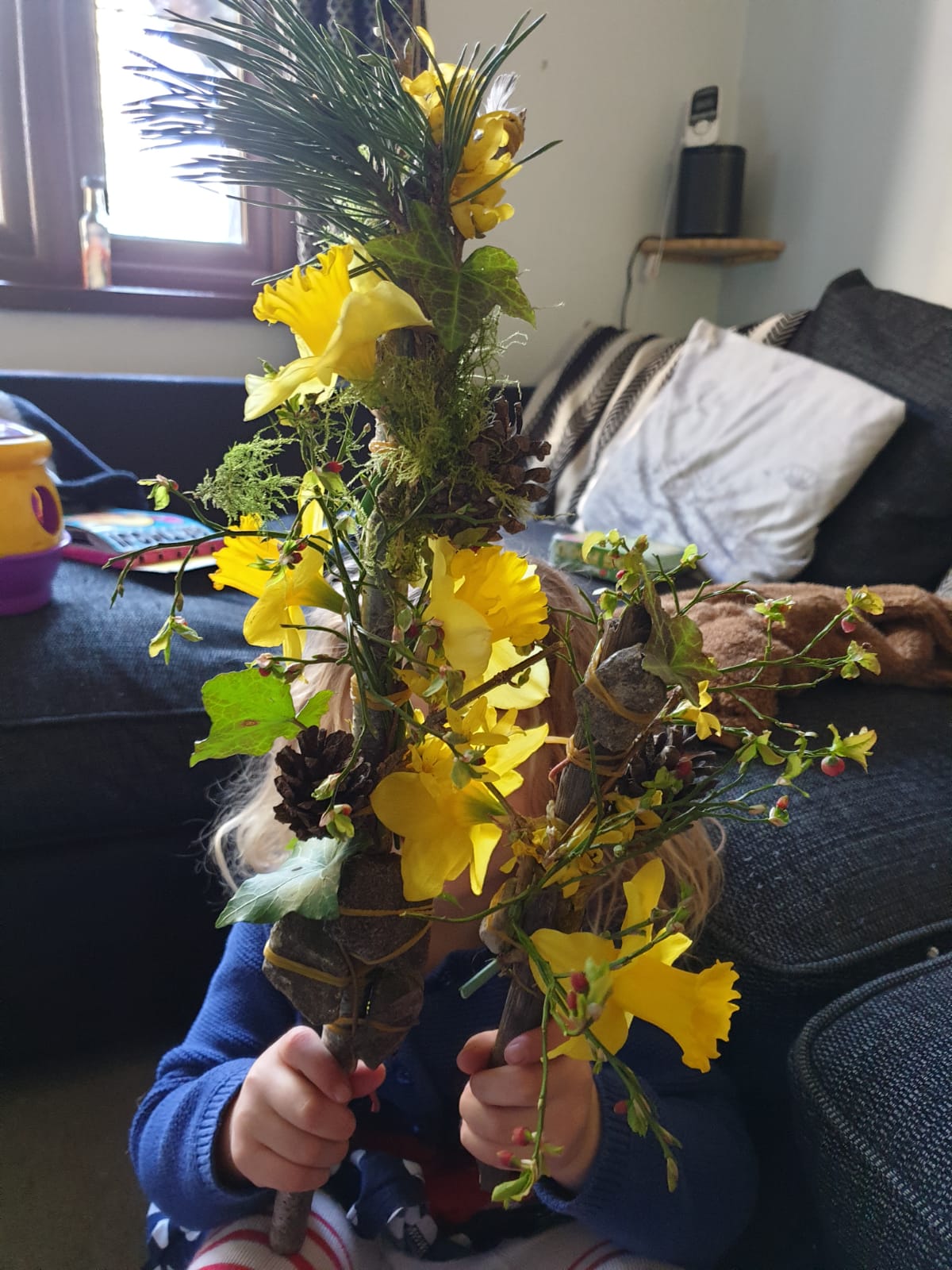 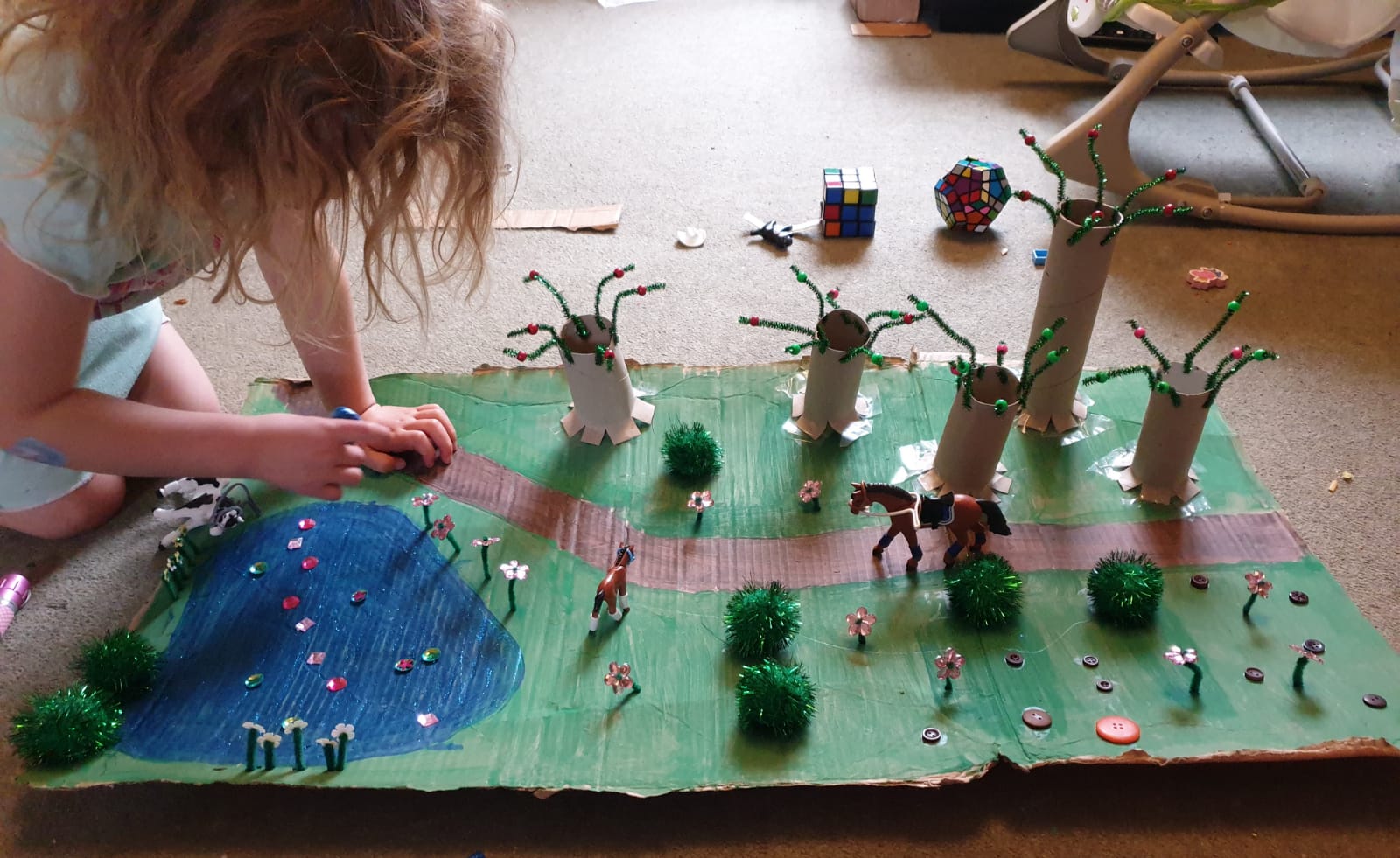 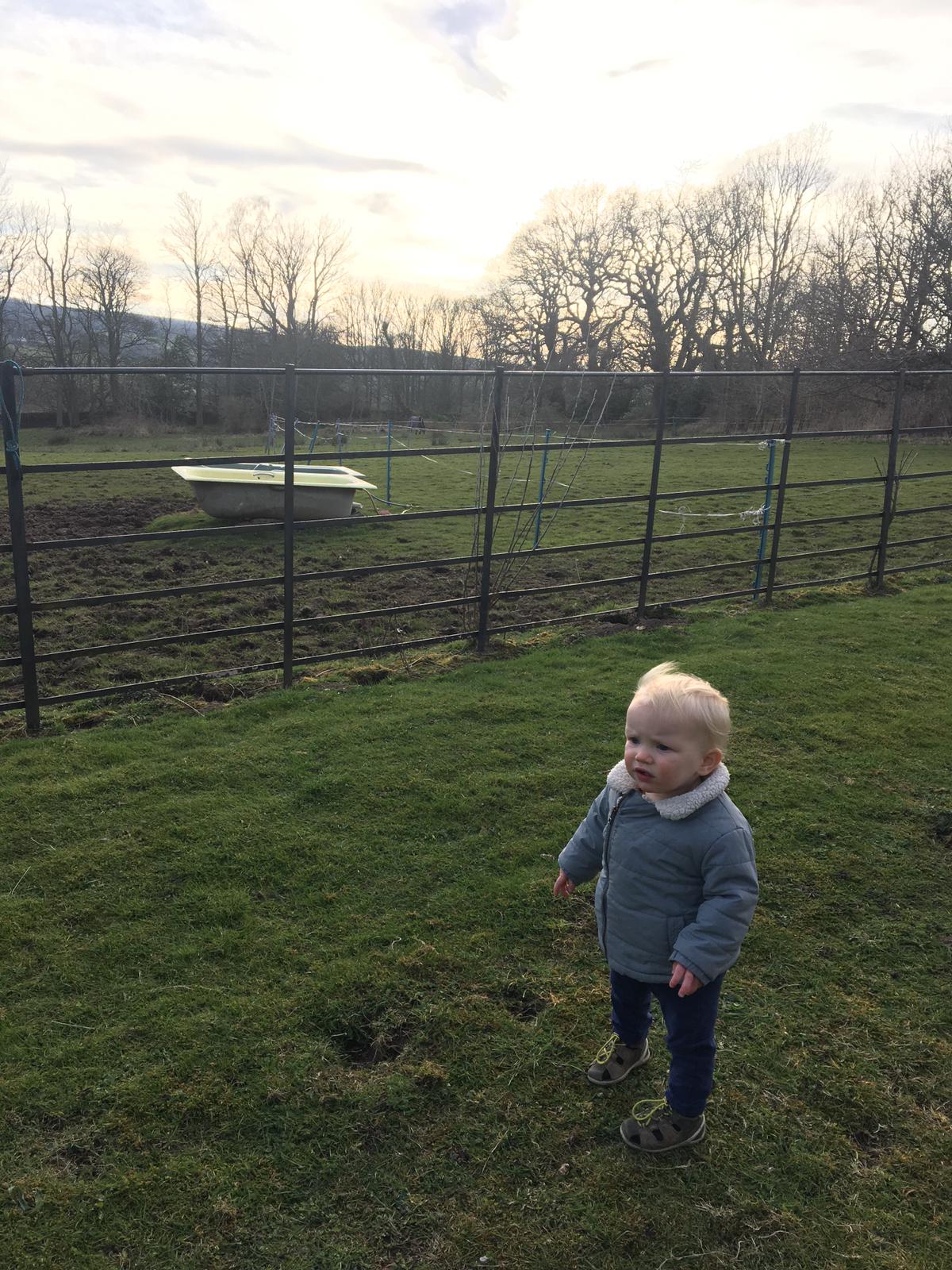 Love from all of here at Broomhill Veterinary Practice

The grand total from our charity fundraiser for South Yorkshire Animal Rescue was £515.29! Many thanks to everyone who bought raffle tickets, came along and participated.

Once again it is our charity month here at Broomhill Veterinary Practice! This year we are holding our annual fundraiser in aid of South Yorkshire animal rescue. There will be cakes, games, bric a brac, raffle and animal encounters of the wild kind!

10 years ago Broomhill Veterinary Practice opened its doors for the first time. On the 15th of July we will celebrate this by having an Open Day! You will be able to have a look behind the scenes and there will be displays to show you what we do here. Alongside that we are holding our annual fundraiser in aid of the Cinnamon Trust. There will be cakes, games, bric a brac, prizes and animals: Pumpkin the English Bull Mastiff, animal encounters with the Mayfield Animal Park and some rats will be joining us too!

We would like to make you aware that there have been some recent cases of Canine Parvo in the Sheffield area. So far the potentially areas affected are: S5, S35, S74, S2, S13 (Ecclesfield, Shiregreen, Chapeltown, High Green, Elsecar, Hoyland, Hemmingfield, Pitsmoor, and Orgreave). 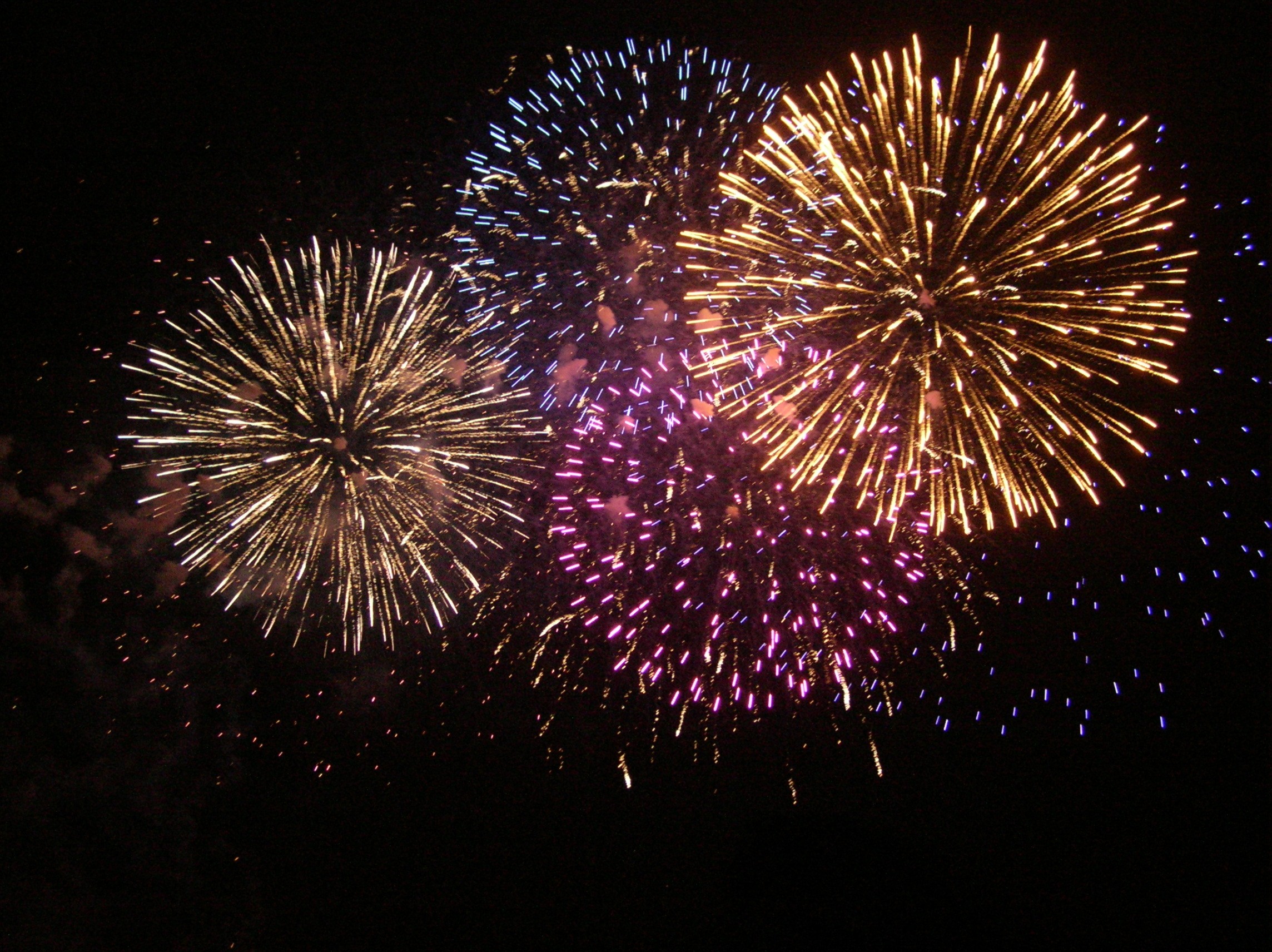 Remember, remember your pets this November. It’s coming round to that time of year again. I’m sure we all have happy memories of fun and excitement around bonfire night, but it’s important to remember that not everyone enjoys it as much as we do. For many pets it is an incredibly stressful time.

We would just like to say a huge thank you to everyone who took part in our fun day, dog walk and raffle. The final count is in and we managed to raise a fantastic £457.75 for the Cinnamon Trust. 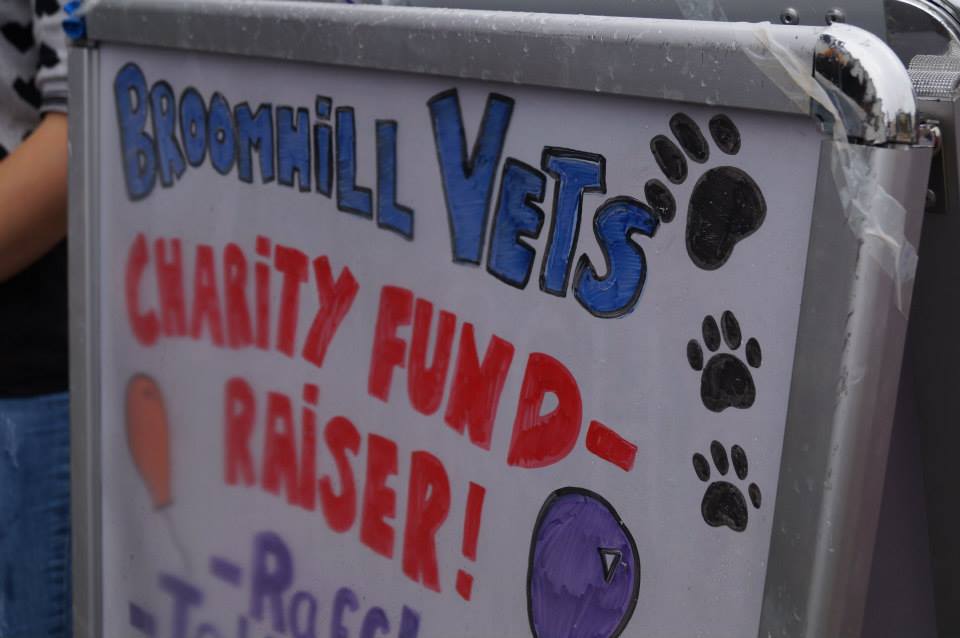 The 18th of June, a date for your diary. We are holding our annual fundraiser in aid of the Cinnamon Trust. There will be cakes, there will be games, there will be prizes. And our raffle is looking better than ever, with prizes kindly donated by local businesses which include a day pass for 2 adults to Yorkshire Wildlife Park, a family pass to Mayfield Animal Park, and an annual pass to Wigfield Farm, as well as pet toys and blankets, meals out, haircuts and of course bottles of wine to name but a few. We are also offering one free consultation and 3 months worth of fleaing and worming treatment for your pet. Tickets are on sale at the practice for just £1, until the draw at the end of June. Pay us a visit to buy your tickets or give us a call and we can reserve them for you. 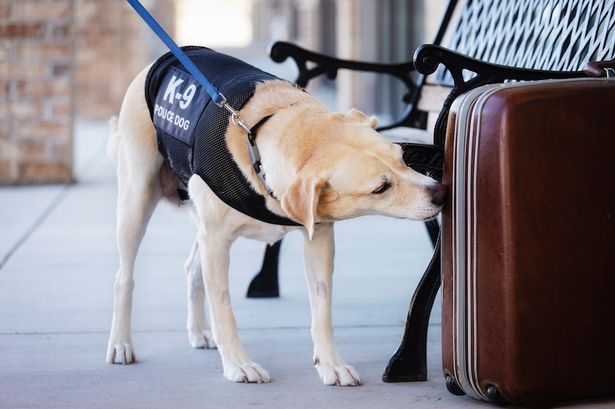 Anneke passed me a great article in the Veterinary Times magazine recently, all about sniffer dogs and their new colleague, the sniffer rat. It is well worth a read, as you will not believe the progress being made by these amazing creatures. They have been put to work clearing landmines in Africa, among other things, and appear to be excelling at the task. 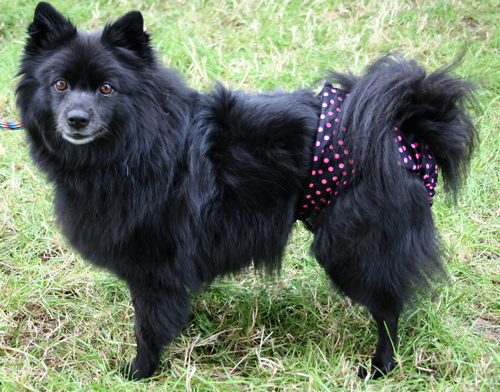 We had an interesting enquiry the other day. A lady rang asking if we sold nappies for dogs. She had a dog, getting on in years, who couldn’t always control his bladder like he used to. It was a constant challenge to keep him clean, and his owner didn’t think it was fair on him. Now, initially, I was somewhat taken aback. Nappies for dogs? But thinking about it, if someone had such a need, surely the vets is the place you’d look.

Blue's Day at the Vets 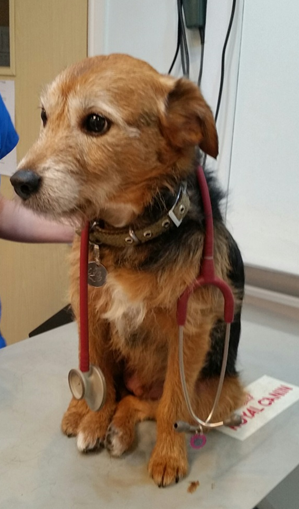 Meet Blue, one of Vet Nurse Nicola’s dogs. He came in to give us a hand with some restraint and handling training. We like to practice on our pets so you know we will treat yours exactly as we would our own. 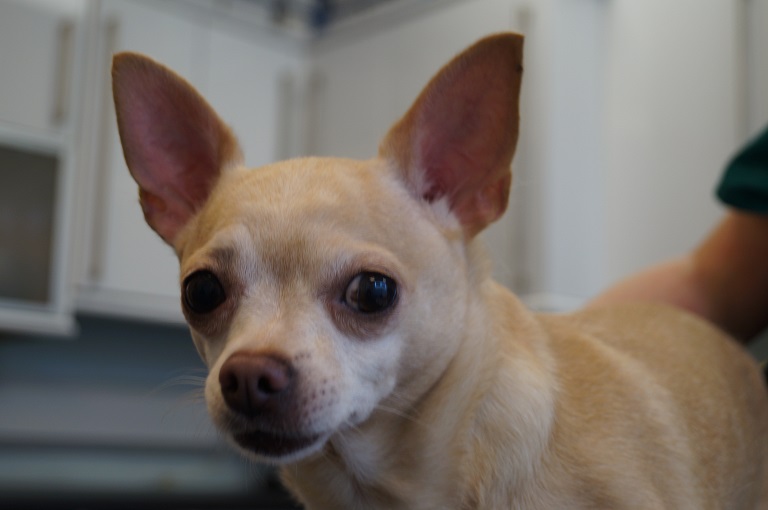 We received a suprising phone call from the Hallamshire Hospital recently: “We have got a dog in labour and she is losing a rather large amount of blood. Can we bring her over?” Not their usual class of patient…

A Grand Day Out 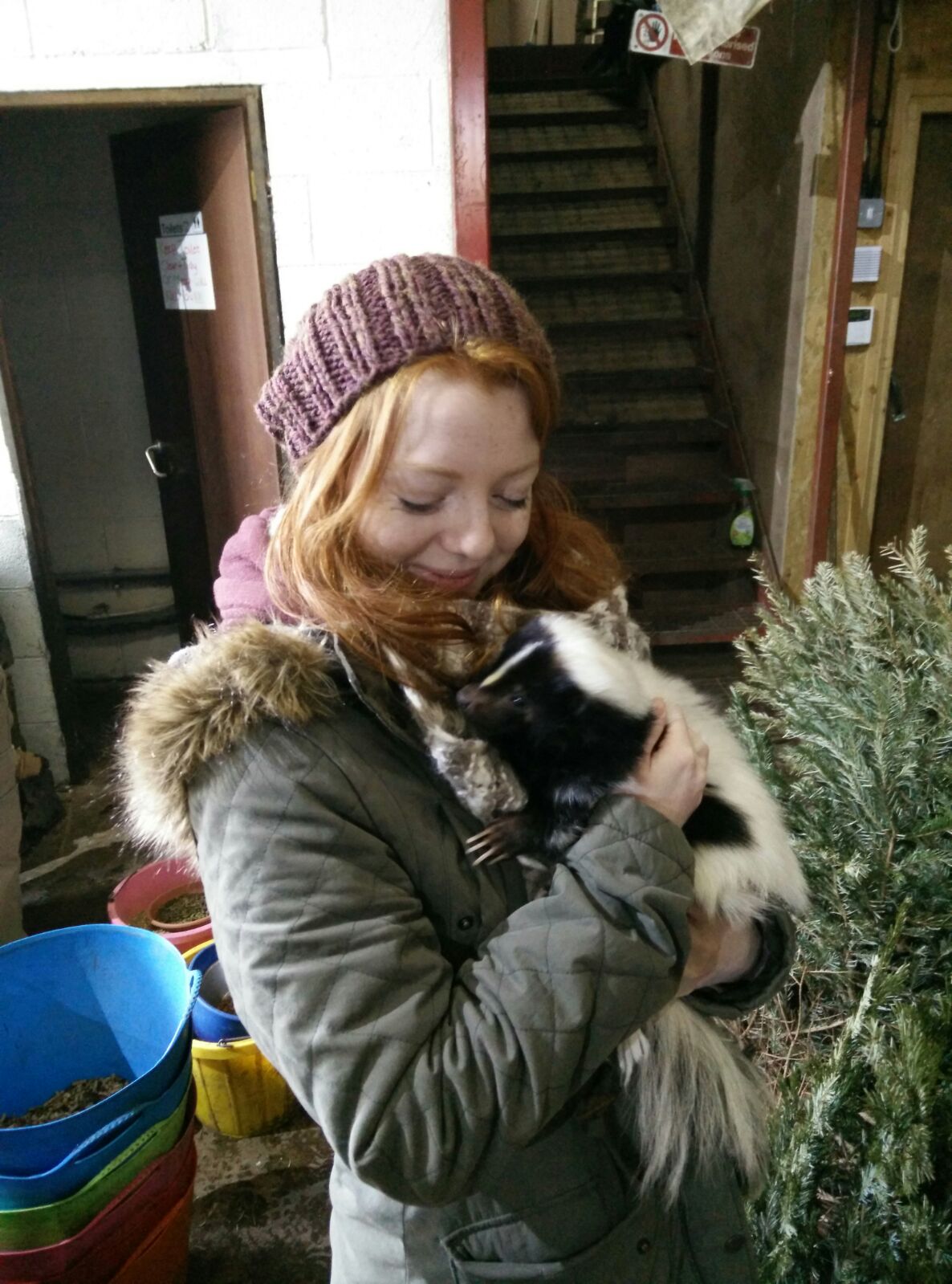 What do veterinary staff get up to in their spare time? On this particular Sunday morning, when most people would have been enjoying a well-earned lie-in, we went to visit Mayfield Alpacas Animal Park to give one of their Meerkats an injection. And we jumped at the chance! Four of us bundled into the little Saxo, full of excitement, and off we went. 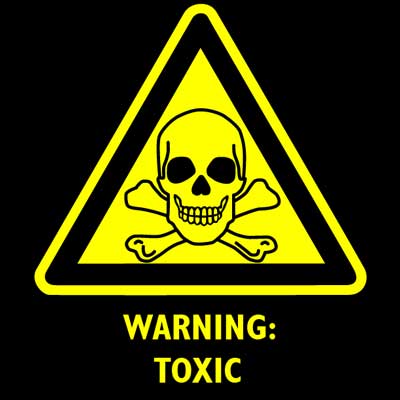 We had an interesting case recently, PLEASE read on because it may be interesting for you too.

After doing the morning consults I sat down to do some of the necessary (if a little boring) paperwork. Before long though I was interrupted by an emergency. A labrador that had eaten something on a walk more than 2 hours earlier and was now shaking, panting, drooling and unstable on her feet. Based on the symptoms we suspected a neurotoxin, but what?!

First things first. Intra venous fluid was administered and blood tests were taken. The blood levels were all within normal limits so some causes could be ruled out, such as the dreaded anti-freeze which gives low calcium levels. A stomach torsion was quite unlikely since the dog had vomited and managed to bring up the stomach contents, and there was no bloated abdomen. So what were we dealing with here?

First we contacted the neighbouring practice as we had heard talk that they had seen some cases of intoxication lately, but that seemed to be based on rumours only. Next port of call, in an attempt to narrow down the cause of these symptoms, was to phone the Veterinary Poisons Information Service (VPIS). Based on the symptoms, the circumstances and the timing, we came away with a strong suspicion that it was mycotoxins.

These can be found in mouldy food/bread. And that is why I urged you to read till the end. Most people aren't aware how dangerous mycotoxins can be but it is definitely worth knowing about. More information can be found here.

Poisonings do not often occur intentionally, they are mostly accidental. In this case it is an accident that is very easy to occur, especially around bins and in areas where people feed birds and other wildlife. I hope this will serve as a warning to you all to be extra vigilant in these areas.

We adjusted the treatment accordingly, and tried her activated charcoal to help absorb toxins. However it can be a challenge to persuade an animal to eat it especially if they are feeling poorly! Apparently mouldy bread is much tastier.

The tremors and incoordination settled down and she was sent home. Hopefully she won't suffer any lasting effects from her indiscretion, but no, I don't think she will have learned her lesson. It is a lesson that is up to all of us to learn from. Please stay safe and be aware that next to the known poisonous substances like chocolate, raisins, onions etc., mouldy food can also be a serious threat to your beloved pets. 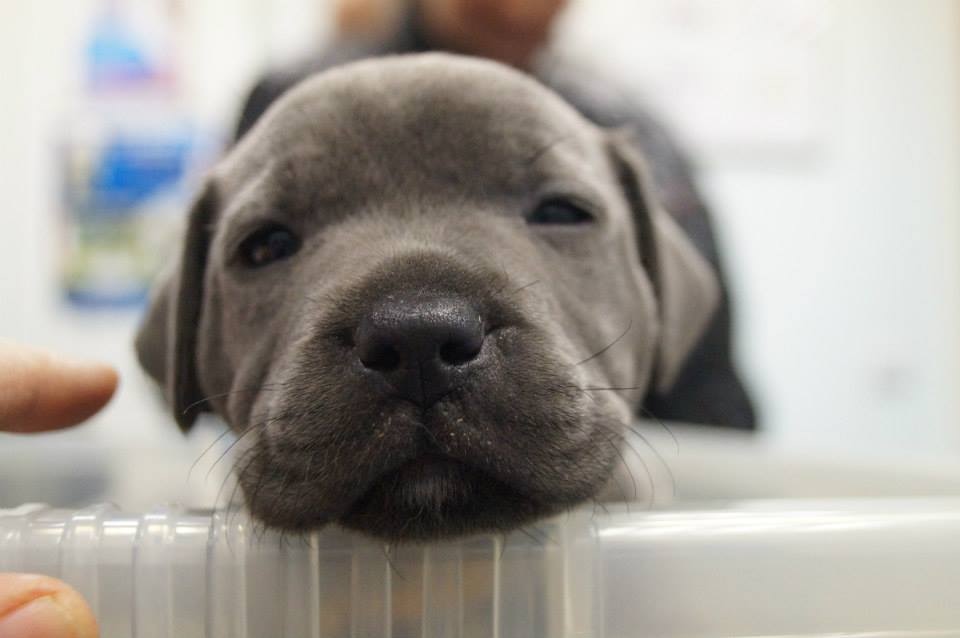 This April brings more than just the end of the tax year. From the 6th of April 2016, it will become law that every dog over the age of 8 weeks must be microchipped.

This means that from this date, it is first the breeder’s responsibility to ensure that puppies are microchipped and should be registered under the breeder’s details before being rehomed. As a dog owner, it is your responsibility to make sure that any dogs kept by you are microchipped and registered to yourself, and that details are kept up to date.

The 12 Pets of Christmas: Extended Edition 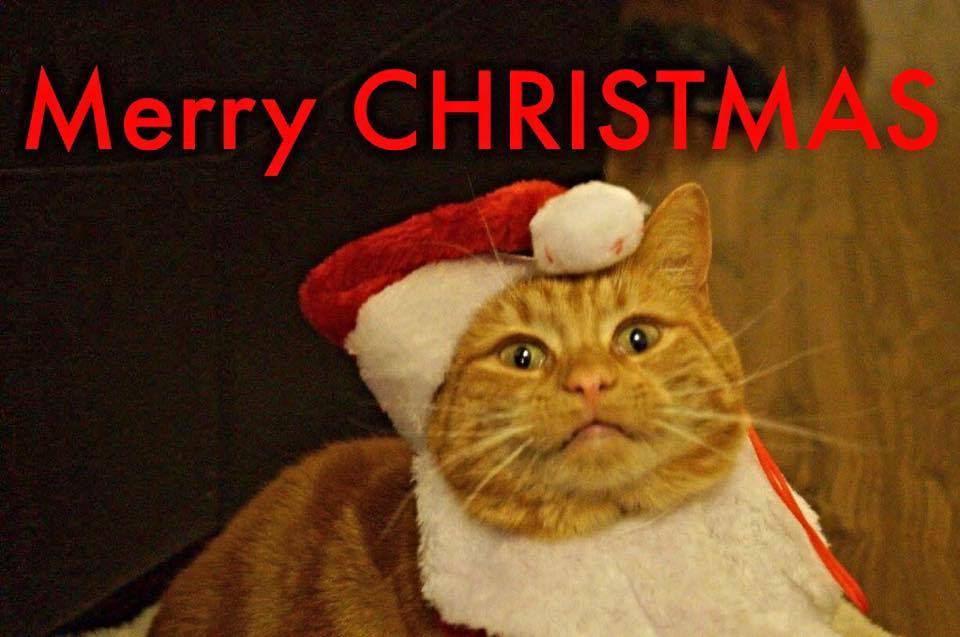 On our Facebook page we have been doing The 12 Pets of Christmas. Each day for the 12 days leading up to christmas we have had a christmassy pet as our banner. Up until just yesterday (22/12) we didnt have many editions however now we have more than twelve, thirteen so far to be exact and so The 12 Pets of Christmas: Extended Edition has been created.